All dead positions in standard chess (by insufficient material) are automatically declared a draw by the server.

Dead Position 5.2.2: The game is drawn when a position has arisen in which neither player can checkmate the opponent’s king with any series of legal moves. The game is said to end in a ‘dead position’.

However, insufficient material is not the only condition for a dead position. There are positions where the pieces on the board would be sufficient to mate if arranged otherwise. We cannot provide automatic draw declaration for these positions and players must Call the arbiter for a ruling.

The following table shows the situations where the server will declare an automatic draw. All other situations must be decided by an Arbiter.

Where either player has one, or many, bishops on the same color.

K v Q, B v Q and B v R are declared a draw when the player with the Q or R loses on time

In case you don't want to apply this rule you can turn it off by unchecking the box in the Game rules tab of your Event settings: Automatically declare a draw when both players have insufficient material to checkmate.

By default this box is always checked and the rule applies. 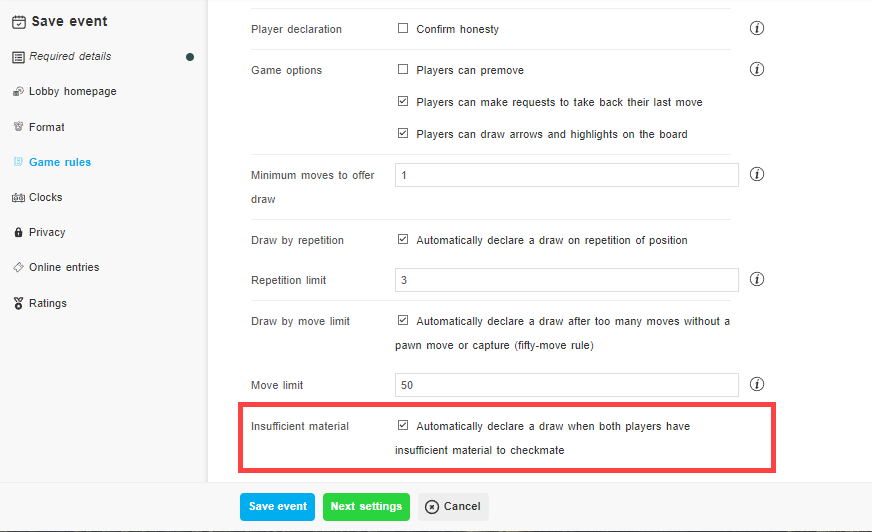